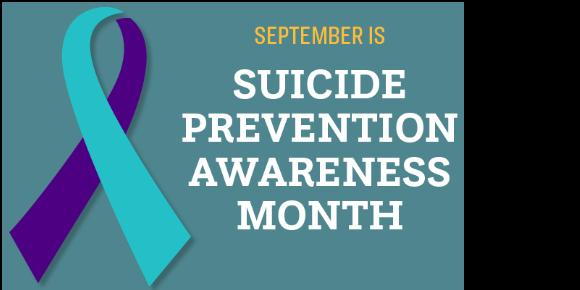 September is National suicide prevention month. Suicidal thoughts can affect anyone regardless of age, race, ethnicity, and gender. Although suicidal thoughts may be common, they should not be considered normal and are often an indication of more serious issues. This is a time to shed light and bring awareness to this subject that is often seen as taboo and stigmatized. This month is used to shift the perception and spread home and valuable information to those affected by suicide or suicidal thoughts.

78% of those who die by suicide are males

Although more women than men attempt suicide, men are 4 times more likely to die by suicide

Some of the highest rates of suicide in the U.S. are among American Indian/Alaska Native and non-Hispanic white communities.