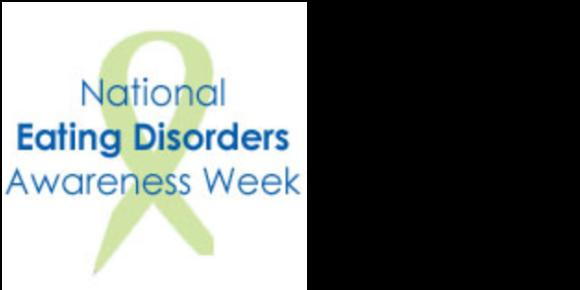 What is an eating disorder?

The National Alliance on Mental Health (NAMI) describes eating disorders as a group of related conditions that cause serious emotional and physical problems. Individuals experiencing an eating disorders have issues with food and their weight. Commonly known eating disorders are anorexia nervosa, bulimia nervosa, binge eating, and Pica. Factors that may cause an individual to develop one of these disorders include genetics, the environment, peer pressure, and emotional health.

The most common eating disorder is anorexia nervosa and this disorder generally develops during adolescence. It is more common in women who tend to feel that they are overweight when they in fact may not be. Individuals with anorexia nervosa restrict calorie intake from their diet, avoid eating certain types of food, and excessively monitors their weight.

People with bulimia nervosa eats very large amounts of food in a short time span. They will purge afterwards to rid their bodies of the calories consumed.  Purging also relieves them of the discomfort they experience after consuming the food they eat. Some ways that purging can be identified is that the individual typically begins to excessively exercise, are known to make themselves vomit, use fasting, enemas, laxatives, and diuretics as a way to cleanse their body.

Binge eating is also known to begin in adolescence or early adulthood. It has some of the same symptoms as bulimia and anorexia. The difference is that individuals who binge eat do not attempt to restrict their calorie intake or purge afterwards. These individuals tend to be obese and overweight which makes them more susceptible to having chronic diseases such as heart disease and type II diabetes.

Ingesting things that are not food is called Pica and it is a disorder where individuals carve non-food substances such as ice, dirt, soil, chalk, soap, paper, hair, laundry detergent, pebbles, or corn starch to name a few. Pica can be dangerous and result in death due to what a person ingests.  Pica typically affects children, pregnant women, and individuals with disabilities. These individuals are more vulnerable and may be at risk for poisoning, infections, injuries to their stomach and/or experience nutritional deficiencies.

Join us in supporting National Eating Disorders Awareness Week which began on February 23 and runs through February 29.  The goal of this week is to shine light into the lives of those that may suffer from or know someone who is experiencing an eating disorder. We desire to bring awareness to inform our community that help does exists and there is hope for a brighter tomorrow.  Don’t be afraid to reach out to obtain the support for yourself or others that you may be concerned about.

Individuals seeking treatment have the options of utilizing psychotherapy such as talk or behavioral therapy, medications, and/or nutritional counseling. Medications would be utilized if there is found to be co-occurring disorders. Speaking with a healthcare professional and deciding what is best for your individual circumstances is always recommended.