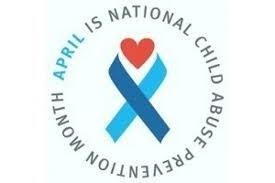 April has been designated Child Abuse Prevention Month in the United States since 1983. The World Health Organization (WHO) defines child abuse and child maltreatment as "all forms of physical and/or emotional ill-treatment, sexual abuse, neglect or negligent treatment or commercial or other exploitation, resulting in actual or potential harm to the child's health, survival, development or dignity in the context of a relationship of responsibility, trust or power."[4] In the United States, the Centers for Disease Control and Prevention (CDC) uses the term child maltreatment to refer to both acts of commission (abuse), which include "words or overt actions that cause harm, potential harm, or threat of harm to a child", and acts of omission (neglect), meaning "the failure to provide for a child's basic physical, emotional, or educational needs or to protect a child from harm or potential harm".The United States federal Child Abuse Prevention and Treatment Act defines child abuse and neglect as, at minimum, "any recent act or failure to act on the part of a parent or caretaker which results in death, serious physical or emotional harm, sexual abuse or exploitation" and/or "an act or failure to act which presents an imminent risk of serious harm".

The U.S. Department of Health and Human Services states that for National Child Abuse Prevention Month, communities should rededicate themselves to being supportive of families, and play an active role in preventing child abuse and neglect as well as taking positive action to promote child and family well-being.[7] One way the Federal government of the United States provides funding for child-abuse prevention is through Community-Based Grants for the Prevention of Child Abuse and Neglect (CBCAP).[8] A report by the U.S. Department of Health and Human Services noted that in FFY 2014 in the United States, an approximately 646,000 children were victims of child abuse or neglect, while still another 1,580 children died from abuse or neglect. The majority of child abuse cases result from conditions that can be prevented through community programs, systems, support and interventions.